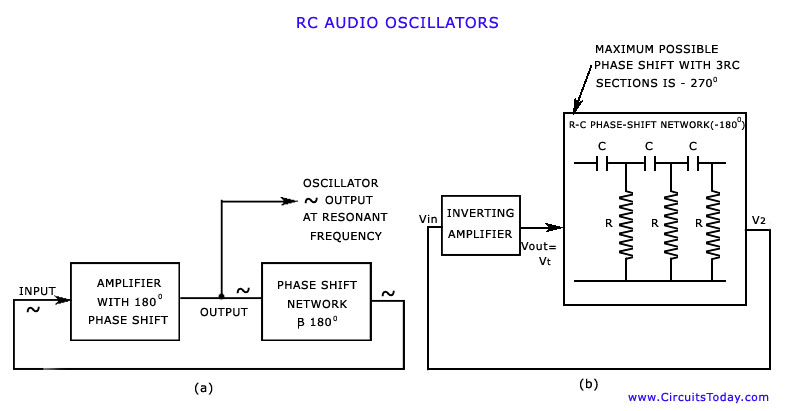 For producing oscillations in an oscillator circuit we need positive feedback which means that the voltage signal feedback should be in phase with the input signal. For providing a positive feedback at one particular frequency, an inverting amplifier may be used with a feedback network that causes a phase shift of 180° at the desired frequency of oscillation, as shown in fig. (a). The 180° phase shift in the feedback signal can be obtained by a suitable network consisting of three R-C sections, as shown in fig. (b).

Alternatively, a positive feedback can be obtained by using two stages of amplifiers each giving a phase shift of 180°. A part of this output is fedback to the input through a feedback network without causing any further phase shift. Wien bridge oscillator operates on this principle.