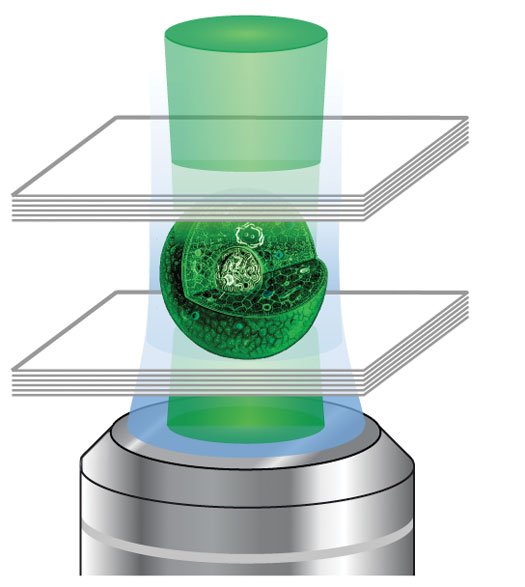 Cyclops, a superhero from the famous comics “X men” has been the favorite of many people across the world. In the story, the character produces powerful laser beams by optical blast from his eyes. This fiction has become a reality by the joint efforts of Seok-Hyun Yun and Malte Gather, two physicists at Massachusetts General Hospital. 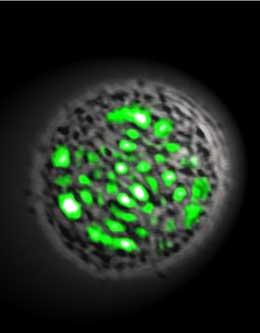 The researchers began experimenting on human kidney cells to produce green florescent proteins (GFP). This substance is known to produce luminance in jellyfish. Many steps were carried out to produce the laser. They began by placing the modified cell between two mirrors there by creating an optical cavity (a cell sandwich as called by researchers).  Then a blue light pulse was passed through the cell and the light bounced between the mirrors, causing the cell to glow. When the cell was observed through a microscope, they saw that the cell was glowing with a spot of laser.

Researchers suggest that this laser is suitable for many medical applications. For the diagnosis of diseases, nowadays a laser beam is passed into the body to get images or to attack the disease causing cells. There might also be a time when the human cells can be illuminated as laser. The illuminated cells can gather more information about the interior of the human body by penetrating the damaged tissues more deeply. More research has to be done to realize this as laser needs an external light source to illuminate. Some say that this technology will be more useful in gaining information about individual cell characteristics than medical applications as the laser needs an external light source and it is difficult to produce it inside human body. Yen suggests that by integrating a nano scale cavity to laser cell we can produce a cell that will illuminate itself without any external source. Let’s hope that this technology will come into reality in the near future itself – who doesn’t want to shoot a laser from our own body!!