USART is one of the primitive inter-device communication protocols. It is not used in modern computers. But still, a few mother boards come with the module necessary for an USART communication. Here, in the case of PCs, the port is known as COM port and it follows RS232 protocol. It is no different from USART except for the voltage levels and some additional signals. Commonly MAX232 IC is used to translate the voltage level. MAX232 is a simple voltage translator buffer that converts +12/-12V of RS232 to 5/0V for USART. Other specifications are similar for USART and RS232. To know more about USART read this article from Wikipedia.

USART means Universal Synchronous Asynchronous Transmitter and Receiver. USART communication has provisions for full duplex communication, i.e. simultaneous transmission and reception. Synchronous means that a single clock source would be shared by end devices to facilitate communication. Asynchronous means, there would be no synchronized clock source b/w the end devices. But to receive a serial incoming data there is always a need for sampling. In addition to that, the symbol rate (i.e. the baud rate) should be known. That’s why each USART or UART module has an internal baud rate generator module. In earlier micro controllers, no separate baud rate generation unit was there. They used one of the internal timer counter for baud rate generation.
The frame (i.e. number of bits in each transmission) can consist of 5,6,7,8 or 9 data bits. Start bit starts the data transmission. There is one/two stop bit also included. There may be an even/odd parity bit included or there may not be any parity bits. The USART data register (Known as UDR for AVR micro controllers) is a double buffer register. It consists of transmitter buffer and receiver buffer. Both of them share the same I/O address. But when Data written to UDR, the data is saved to the transmitter buffer and serially shifted out from the TXD pin. And when UDR is read, the content in the receiver buffer is read which stores the serial incoming bits from the RXD pins.

The UCSRC Register shares the same I/O location as the UBRRH Register. When doing a write access of this I/O location, the high bit of the value written, the USART Register Select (URSEL) bit, controls which one of the two registers that will be written. If URSEL is zero during a write operation, the UBRRH value will be updated. If URSEL is one, the UCSRC setting will be updated.

This bit selects between accessing the UCSRC or the UBRRH Register. It is read as one when reading UCSRC. The URSEL must be one when writing the UCSRC.

This bit selects between Asynchronous and Synchronous mode of operation.

These bits enable and set type of Parity Generation and Check. If enabled, the Transmitter will automatically generate and send the parity of the transmitted data bits within each frame. The Receiver will generate a parity value for the incoming data and compare it to the UPM0 setting. If a mismatch is detected, the PE Flag in UCSRA will be set.

This bit selects the number of stop bits to be inserted by the Transmitter. The Receiver ignores this setting.

The UCSZ1:0 bits combined with the UCSZ2 bit in UCSRB sets the number of data bits (Character Size) in a frame the Receiver and Transmitter use.

The transmit buffer can only be written when the UDRE Flag in the UCSRA Register is set. Data written to UDR when the UDRE Flag is not set, will be ignored by the USART Transmitter. When data is written to the transmit buffer (with the Transmitter being enabled) then the transmitter will load the data into the Transmit Shift Register, when the Shift Register is empty. Then the data will be serially transmitted to the TxD pin.

The target settings for this experiment are: Text Box: Code For the Micro-controller 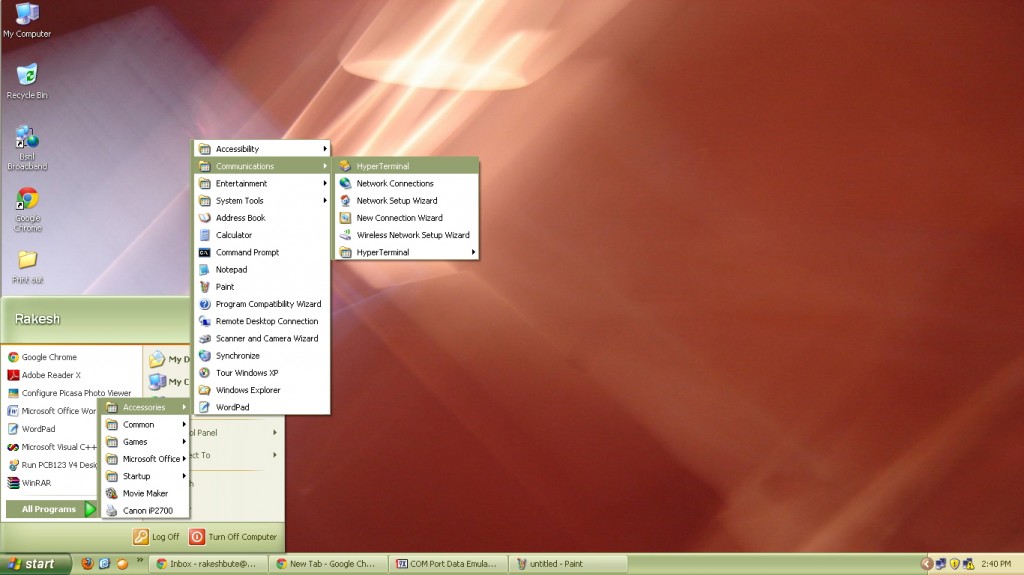 It will present you some forms, fill them one by one. First, Give the connection a name: 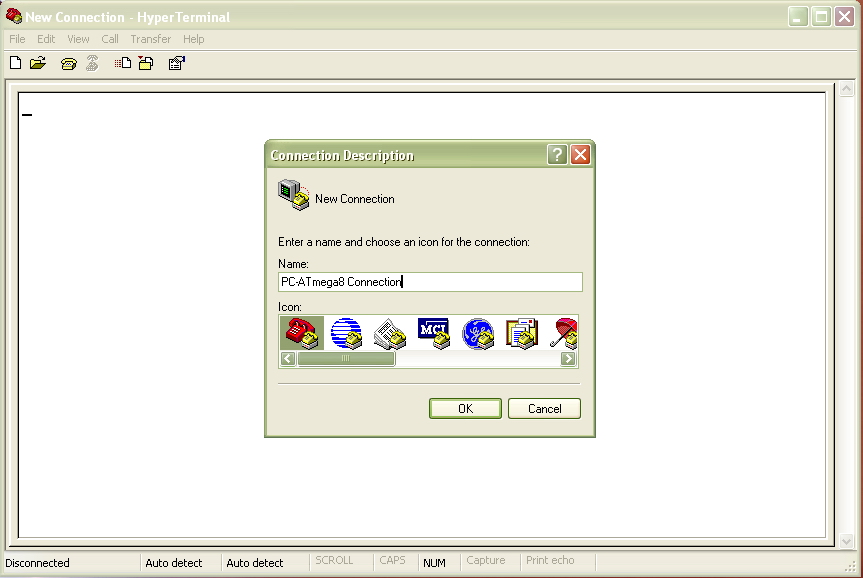 Then select the port to which the circuit is attached. 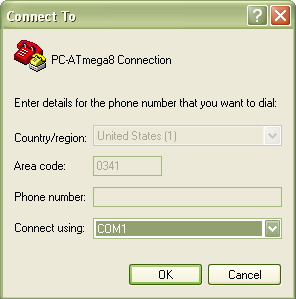 Set the configuration of the connection 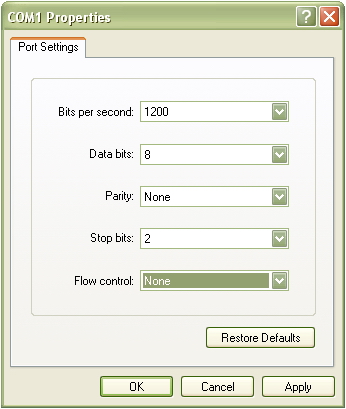 Finally the circuit receives the data too, and is shown in the LCD display. The micro controller is so programmed that whenever the lower line fills up with the character received, it clears the entire line. There are many free serial data emulator tools  available over the web. One of them is COM PORT Emulator. It is simple and easy to use. Simply Configure the settings as shown below in figures, put your text and start emulation. 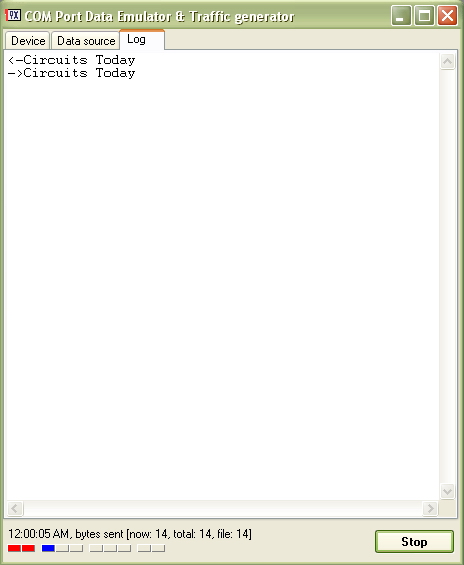