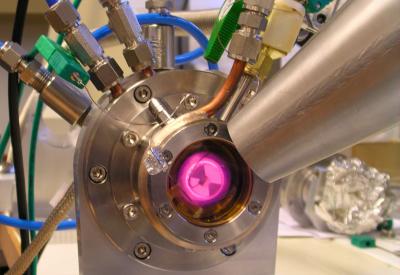 The information we know about the inside of the Earth (which includes the outer solid crust, the viscous upper and lower mantle, the liquid outer core, and the solid inner core), depends on the tests done by researchers through indirect methods. The way in which the different metals inside the Earth respond to intense heat and pressure are known by conducting different experiments of the samples in labs. Samples in the size of micro meters are collected and are heated with short intense laser pulses. Pressure is applied using diamond anvil cells. The substance remains in its stable condition for only a few microseconds. Thus, the results obtained are not exact and the tests are difficult and expensive.

This may be one of the reasons why scientists are not able to predict an earthquake a lot earlier than it is bound to occur. The pressure inside the Earth is calculated from the propagation of earthquake waves, and is known to be almost three million times more than the atmospheric pressure. No one have an exact idea about the crust temperatures, but is thought to be as hot as the temperature of the Sun.

A new X-ray beamline called ID24 has been developed at the European Synchrotron Radiation Facility (ESRF) in Grenoble, France, with which even the tiniest particles present in the center of the Earth can be studied and the different parameters regarding it can be obtained. The experiments will be carried on from next spring, and they believe that they can calculate the correct pressures and temperatures on metals, and their effect on the inside core. A whopping 180 million Euros has been invested for the project and have dedicated almost 8 years to make this dream come true.  The X-ray absorption spectroscopy has been re-modified to such a manner that it can sample volumes twenty times smaller and time resolutions one thousand times better than in the past.

The ID24 sends out an intense beam of X-rays at a sample through the method of X-ray absorption spectroscopy. The device works like an active probe, rather than a passive detector. That is, it can monitor its own tests. Through X-ray absorption spectroscopy, the method by which atoms of a given chemical element absorbs the X-rays emitted, the characteristics of the sample is studied carefully. From this single study, further information regarding the abundance of an element, its neighbouring elements or atoms can all be understood.

The X-rays emitted from the samples is captured by an acceleration ring or particle accelerator called synchrotron. It contains several light sources that use a series of magnetic fields to bend this radiation into different wavelengths of light. At ESRF, beamlines branch off from the particle acceleration ring to capture the particles’ (usually electrons) radiation. The beamline has an array of germanium detectors that can take almost 1 million measurements/second.