Photography has become more interesting and fascinating with the introduction of panoramic images. This technology not only brings in wide angle images, but also helps the viewer to get images that are more close to the human field. The images make us feel like we are seeing the image through our eyes, then and there. But, panoramic photographers need skills as well as time to develop the image. The images taken simultaneously from different angles must be joined together. He must also take special care about the object moving in simultaneous shots, as the images when stitched together may cause ghosting. He may also face problems if the images are taken from a tripod, as he will not be able to capture the true height of the image. 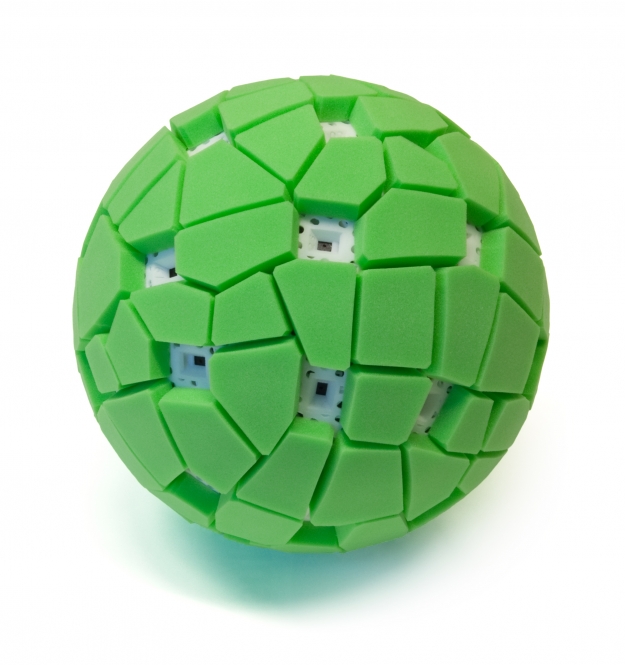 All the above problems can be nullified by the latest “Ball Camera” developed by Jona Pfeil. The device consists of 36 different cameras that are attached to the outer skin of the ball, and then protected by small cushions. The ball also contains an accelerometer that calculates the apogee, when the ball is thrown from one point to a certain height. The point from where the device is stationary at the top of the arc is noted and captures a 360 degree image of that point. Take a look at the video below to know the exact working of the device, and the different photos taken with it.

Since the whole image is taken in one “throw”, a lot of time is saved in the process. A USB slot is available in the device, through which the image can be transferred to your PC. In the initial testing, simple 2.0 megapixel cameras were used. Thus, the image quality and resolution were compromised. More research will be done in increasing the image quality for future purposes. The device will be very useful to capture spherical panoramas at scenic spots.

Till now, there has not been any talk about the commercial release of the device, as they are not sure how many people will be ready to buy this. What do you think; will you be interested in buying such a camera?